Building off our ongoing partnership with Dreamville Records, we were tasked with building a second e-commerce store, this time for the Off-Season album website design.

We created several visual concepts for The Off-Season based on ideas from J. Cole and his creative team. Internally these were labeled as low, medium, and high risk based on the likelihood we’d need to change direction once the album artwork was finalized.

After receiving preliminary approval we began the development of two versions of the site. Version 1 was experiential and used hand-drawn artwork from J. Cole himself. Version 2 was more scaled-down but ultimately better suited to the album artwork and products. 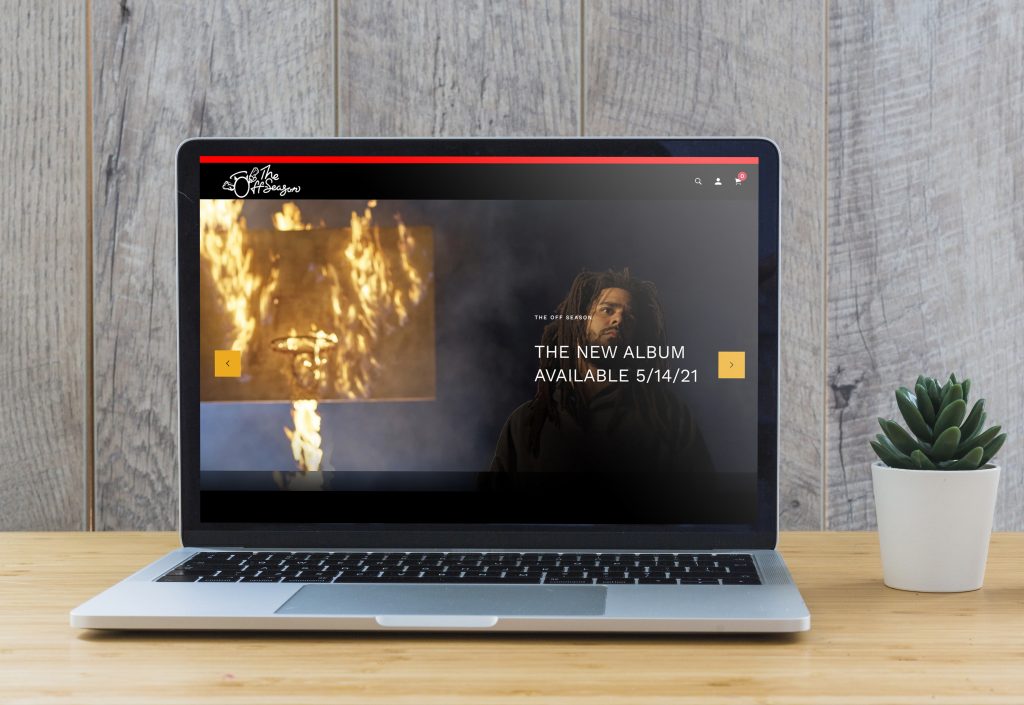 About Us
Showcase
News & Blog